A Hag By Any Other Name…

After the parting of ways – Lusipher, Toll, and Kobort went to the check on weapon and armor prices. After finding that they were too expensive for them to afford right now, the trio decided to go and see what the tattoo shop had to offer. Upon arriving, the group opened the door and entered the dark, musky, chemical smelling shop. When the proprietor finally showed she, the group reeled in amazement for they were facing none other than the big-nosed hag who looked just like the one that had told their fortunes on the airship! Confronting her, they learned that she was not “Baba Yaga,” but was “Galthuda” and that she had one additional sister somewhere in the world (making three total). She informed the group that she did have some “common” mystic tattoos that they could have done, but her specialty was to look into the life of the person and create special tattoos built on their own experiences.

She looked over each person and informed them of the tattoos that she could create for him or her – stopping to have a real long laugh after looking at Kobort. After laughing for five minutes or so, she proclaimed that he was the comet, and then started laughing again. After calming down, she informed “The Comet” that any tattoo she performed for him would be half priced. He asked about a mundane tattoo of the Order of Brialyn and she offered to do it free. Lusipher decided that he would get a Tattoo of Greater Might – giving him even more strength than the massive amount he already had. While she was applying the tattoo to Lusipher, Toll began to ask her a few questions about tattoos and her family. He learned that she had picked up the art of tattooing the essence 15,000 years ago and that she was much older than that. She was the one who listens, and was in the city of Mythrazel until she no longer needed to be in the city of Mythrazel. Her sister Baba was she who participates, and the one who told their fortunes. Her other sister, who she did not name, was the one who manipulates. Gods or the very planet may have created the three sisters – but they hold allegiance to none.

After finishing the tattoo, she place a foul smelling poultice on Lusipher’s arm and informed Toll not to cast close to him because the poultice would disrupt concentration. The trio then went to get supper, stopping at the Luck of the Leprechaun pub in the People’s ward where Toll and Lusipher had haggis and Irish Beer and Kobort had vegetables and Irish Beer. Then the proprietor, the ‘Halfling’ Hesselwhite, told them his tale. He is a Leprechaun whose Pot O’ Gold was stolen from him. A Frost Giant stole it in the western part of the valley. In addition, if the trio would get his gold back for him, he would grant each of them a wish! After verifying the truth of his statement with magic, the group conferred and agreed to his proposal. Elated at the new prospect, they immediately set out to their house to prepare for the trip ahead.

Along the way, however, they encounter a group of 29 Red Hoods, who demanded a 10 gold per person ‘tax’. Toll declined to pay, emphasizing his point by casting a holy smite on more than half of the band present. What followed was a massive combat the likes the city had not seen in some time. Toll led the way to victory with a massive destruction spell, vanquishing 18 opponents in one utterance. The Red Hoods dealt out destructive spells of their own, as lighting bolts, fireballs, and clerical wrath was dealt back to the party. The mojo of Moradin proved more worthy in the end, with massive area healing by Toll revitalizing the trio before any fell victim to the hoods. The Red Hoods did manage to sound a horn, but in the end, two thieves and four clerics escaped the area – leaving the trio victorious. Unfortunately, before they could loot the fallen, the effects of the horn were made apparent as a gate began to form. The trio made a hasty retreat, looking back as over a hundred Red Hoods poured out of the gate.

Meanwhile, the others had visited the tattoo shop earlier and even bought a few tattoos themselves – at least Gwendon did – once it was verified that the needles were not grungy and muck covered. Afterwards, while everyone else left to go drinking, Gwen headed back to the house to get things straightened for the night. Along the way, she met Ilea, who had just returned from purchasing a techno-spear from Talsworth Ootheps. Ilea and Gwen sat down for dinner in a nearby pub, at which time Ilea explained that since Gwen was the righteous owner of the Septerra Scepter (by the admission of the dwarves), and then the barbarian chieftain’s daughter had completed her duty in Mythrazel. She informed Gwen that she could serve better by going to the other clans and informing them that the group would be coming for the Septerra pieces. Ilea then said her farewells and left the city. Gwen left the pub and went home.

Several hours after arriving at home – with no one there but herself – Gwen was startled as a figure smashed through one of the front windows of the house into her living room! The figure turned out to be the mysterious Shadowbat, who informed her in a feminine voice that the elf was in danger and to go out to the street, go left to the light, then down. The figure then leapt back out the window, changing into a bat mid-jump! Cursing at the destruction of her newly repaired window, Gwen followed the figure out the window and then followed her instructions – arriving a few minutes later in the canals under the city. Using the sunrod that Shadowbat had left behind for light, Gwen set it down and moved out to the darkness to wait for whatever came next. After a while of waiting, she began to hear a hauntingly beautiful Elven mourning being sung somewhere out in the darkness far away – echoing through the huge underground canals.

As Toll, Lusipher and Kobort rode hard through the city away from the seeking horde of the Red Hood; the cloaked figure of the Shadowbat appeared in the road ahead of them, holding out her arms for them to stop. She then led them to a gated door to lead them to safety. Slapping their horses on the rear and telling them to go home, the group followed the stranger down into the canals. Toll noticed that the Shadowbat was in fact a teenage drow elf, but said nothing. The group moved down into canals, where Shadowbat appropriated a gondola for them to travel through the undercity. In simple common, she informed them that she had saw them in danger and alerted their female human friend, who was waiting on them. Toll asked her name – Jakkara was her reply. With Lusipher easily pushing the boat through the canal, she steered them eventually to when Gwendon was waiting. With Gwen now in the boat, Jakkara led the group farther through the canals and eventually docked the boat and led the group along the ledge for a little while more.

She then leapt forward out of the light and leapt back, informing the group to not worry and follow her. She then hopped off the ledge into the water, disappearing into it as though it was not there. With some reluctance from Toll, they followed her down into the airy water, where she opened a trap door on the bottom of the canal and motioned for them to enter. Everyone climbed down the dwarven worked shaft to an iron trapdoor at the bottom with the dwarven rune and Elven script for safety etched on it. After opening it, they found themselves dropping down into a large musky chamber with a few alcoves and ratty sleeping mats. Apparently, the network of caverns under the city once allowed defenders to move from one section of the city to the other via the gondolas while also camouflaging the safe holes in the canal bottoms to hide the people of the city in times of siege. In recent years however, it appears that no one knows of their existence except the Thieves and Sewer Rats. After Toll cast a magical sending to warn the others of the danger of the Red Hoods and not to return home, the group settled down to sleep. They discovered in the morning that the shelter comes complete with a magically replenishing larder full of food and water. After a quick morning breakfast, they decided that they would head to the Frost Giant lands immediately, and headed up out of the undercity. They learned from Jakkara that opening the upper trapdoor turns the water to air again for a minute. 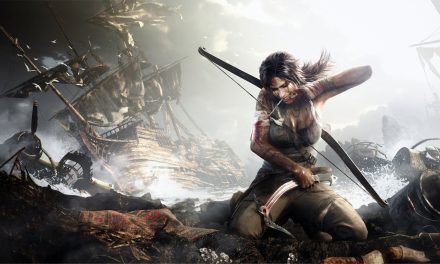 Week 0: Online Gaming and Me