Civilization At Last! Wait… What?!

After spending 6 days in training and otherwise occupying themselves, the group prepared to begin their journey north. The barbarian clan made similar preparations, with a trading party readying to take all of their goods to the city of Mythrazel and the rest of the clan readying to leave the caves. Not all of the group of refugees from the airship would be leaving however – The wizard Nath’Tool decided that he would be staying with Vorkastarak to apprentice with him and learn the secret of making the Lexicon of Deeds. Dart, after once again being reincarnated, found himself in the form of a green dragon who could barely walk – much less fly, breath chlorine, or do martial arts – decided that he would remain in the caverns and train in his new form. Misha did not intend to leave the group, but the barbarian chief approached her with the offer to challenge a Huror – a great ice bear guardian – who was old and ready to pass on. She decided that she would do so, and would hurry to rejoin the group on their journey north. She then set out to meet the bear, accompanied by a barbarian hunting party.

Finally, Spring Equinox arrived and the group set out to leave the caverns for good. Unfortunately, fate was to dictate that this would not be the day, when the group discovered a decimated force of hobgoblins and orcs camped outside of the caverns. Investigating, the group discovered that the goblinoid force had been frozen to death by a dragon. The same dragon that now was between the group and the caves. Not just a normal dragon, this huge white beast was decked out in magic items – complete with rings, belt, crown, and half a dozen ioun stones circling about him. After discovering that the dragon himself was too hard to strike, Gwendon and Ilia focused on the ioun stones, knocking them out of the air one by one. Bereft of his magical aid, the dragon proved to be a viable target now, and melee combat began in earnest. The only words spoken by the beast during the conflict were to Kobort – “The Master sends his greetings!” Back and forth the dragon raged, dodging most of the spells that did not fail due to its innate resistances. Receiving a magical boost to strike, Gwendon charged into combat with sword swinging, dealing major damage to the dragon before it retaliated, ending her life. It then began to concentrate its attack on Kobort, who could not take much more of its brutal assault. Gallandro saved the day, however, by throwing his newly acquired Daern’s Instant Fortress underneath the beast and opening it – shooting the huge dragon thirty feet in the air. Coming to its feet, the dragon breathed on Ilia and then leapt to the top of the tower to rain its icy death from above, only to have the tower disappear from under it – causing it to take even more damage as it fell into the pit left behind. As it struggled to remove itself from the battle after the fall, Gallandro finished it off with a few magical missiles that made it past its magical resistance.

With the end of battle, the group stripped the dragon of its possessions. Returning to the caves, the barbarians decided to delay a day so that they could skin the dragon. The group rested and restored life to their fallen and took the treasure to be identified by Vorkastarak the next day. Passing through the hobgoblin area, the tribe appeared to be very surprised to see the group – alive at least. Gwendon discerned that the hobgoblins might have had something to do with the encampment outside the caverns – something nefarious. Acelia suggested that in light of the information, the group might wish to discard of the sash of ‘alliance’ given to the group by the hobgoblins – as it might mark the group for death. Continuing on, the group made its way to the wizard’s lair – stopping to say hi to their big-feathered friend. As Vorkastarak came out to greet the adventurers, the five ioun stones circling about his person shot towards Gallandro, and the crystal ball came to life, with all 11 ioun stones beginning to rotate about it. With a cry a fear, Vorkastarak disappeared with the quickness.

The orb, known as an Ioun Beholder, then began to attack the party. Though it did no real damage to anyone, it left Gallandro a stupid idiot before it was finally shattered. Unfortunately, the orb drained all of the stones of power, leaving them as useless pieces of rock. Discouraged by the day’s events, the group had the rest of their items identified and returned to the barbarians to prepare to leave the caverns once more. After journeying for eight days, Misha rejoined the group decked out in the hide of the Huror – the great snow bear – with one major physical change, her eyes were now icy blue. She told the group of her mighty battle that had almost cost her life. The battle had raged in the eye of a blizzard, with both combatants down to their last dregs of strength. A single blow from either opponent would spell doom for the other – and Misha just happened to have been a little quicker than the bear. The group jokingly asked if she had eaten its heart – but she merely blushed and looked away.

Twenty-nine days later, the group and the eighty barbarian traders finally reached the massive city of Mythrazel. As the God Hands clearly did not belong with the Bear Clan, they were detained at the gate. Eventually they were escorted through the city, which seemed extremely dilapidated and neglected, to the “estate” of Lord Wintley. Apparently, his home was even loftier than his position as the ruler of the city of Mythrazel. As they discovered, each year the young (29) lord gives himself a new wing to his ever-growing estate – giving no thought to whether the new wing matches the old wing, or whether doors actually open into rooms or stairs actually have an end.

Met by a butler at the front door, the God Hands were led to a guest wing and given individual rooms that were larger and more disturbing that most haunted houses. Gallandro’s room was created in a fair motif, complete with a carousel. Misha’s room had thousands of little cherub and children heads protruding from most surfaces. Acelia’s room had hundred of dragonheads erupting from the wall. Toll’s room had a motif of male and female angel’s with only one wing – complete with a secret ladder that led to a mirror of the room below it, only upside down! Gwendon’s room was done as a cathedral, complete with stained glass windows and pews; Balin’s room was done in a frozen glacier iceberg style, complete with a pair of live penguins; and Kobort’s room was done completely in a single shade of bright matt finished white, which made for several accidents as he bumped into near invisible furniture.

After settling (as much as possible) in their rooms, the group was treated to a large meal – which consisted mostly of meats, and a bard was brought to entertain them for the night. However, the bard turned out to be a drow elf named Mialee, causing Kobort to leave in a huff and a slew of insults to be dumped out by the quickly becoming drunk Misha. Mialee played several very eloquent and beautiful works for the group, and then told them a little bit about the city of Mythrazel and its leader. She seemed very sincere in her answers, and tried in vain to tell Misha that the house of Drathden – the drow family that came to Mythrazel – was not a group of evil drow but a clan of outcasts who came to the surface to escape slavery or death at the hands of the evil drow of the underworld.

Finally resorting to putting the drunken elf to sleep, Mialee gave the group a bit more advice about the city and its controlling groups. She even identified the crest on the ring, sword, and circlet that the group had found in the caverns as belonging to the last heir of the ruling house Aluator – the nine-year-old Queen Gashiel who mysteriously disappeared, ending monarchy in the valley. Mialee finally bid them good eve, as she had to make her way back into the city. The group then turned in for the night, with the only excitement being screams of terror from Misha’s room as she woke in a drunken haze to thousands of childish faces staring down at her. Acelia and Toll helped calm her nerves and Acelia agreed to stay with her for the remainder of the night.

The next morning, after another meat heavy meal, the group began to get ready for their meeting with Lord Wintley. Later acclaimed to be the product of serious inbreeding by Lady Arlinde, their host proved to be nothing of a leader. Relying on his drow elf, High Chancellor Artenthok, for advice young lord Jeronous decided that elves were splendid creatures and that he should have a gala, a grand gala. He should have a gala with all of the noble houses of Mythrazel. He should have a grand gala. He informed the group that estates were available if the aristocracy in the party wished to purchase one. He also told them that the Half-Elf General Don Malik would provide the group with the laws of the land. And that he would have a grand gala.

Trying to contain themselves, the group came close to laughter, Misha feigning a fit of crying to cover her. Finally, the group was able to leave the presence of the young Lord and his “Supreme Hall of Wisdom” to try to decide where they would go next in the nightmarish city of Mythrazel. After gathering their belongings from their rooms, the group headed for the Bear Clan trade hall, escorted by the General who instructed them in the laws of the city. Upon arriving at their destination, they met another survivor of the airship, who apparently made it as far as the Badger Clan before winter set in. A very strong man, Lusipher seemed to have the same mindset as Gallandro, sharing his love of adventure and the unknown. The group then went off in search of an inn to stay at in the People’s Ward, eventually ending up getting rooms at the Blades and Roses Inn.
After getting a meal, the group split up, with Gallandro and the new survivor going to investigate the abandoned mage school while the rest accompanied Lady Arlinde to the Herald Library to verify her lineage as an aristocrat. They agreed to meet back up at the tunnel leading to the land above where the group as a whole would go visit the elf that lived there.

Music Of The Night 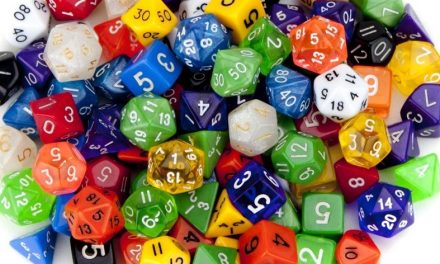 How We Roll Episode 03 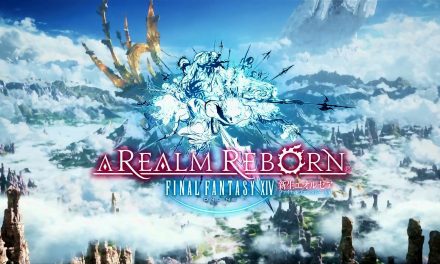 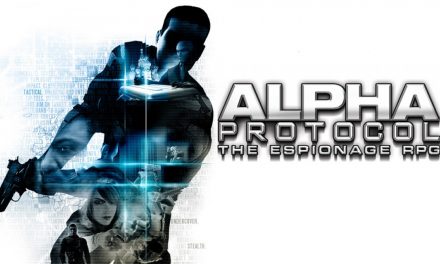