Another challenge that I said I would meet and defeat! However, I have not the patience to drag this out over a 30 day period, nor will I subject my loyal and rabid fanbase to that sort of suspense. Instead I shall infodump the entire thing directly into your brain-feeds all at one time! Except I’m going to do it in 3 parts so that your eyes don’t bleed. Prepare yourselves!

QUESTION THE FIRST: How did you get started?
You know, it’s weird but this is likely going to be one of the most difficult questions to answer. I had to seriously sit and think about it. It didn’t begin with the first game I played, because I was ravenous to play a game for many years before I actually got to. I almost want to say it was before I even knew this was a real thing you could do. I remember as a very young boy trying to create rules and universes with coherent storylines with the other kids. They had the imagination and the love of playing make believe, but I would go home and work on my character, draw pictures, write stories, and then get really dejected when I’d return to my playgroup to find they’d moved on. I think I have just always been a roleplayer.

QUESTION THE SECOND: Favourite Playable Race
I have a number I like. In DnD I am very partial to Half-elves, Tieflings, and Shifters from Eberron. In Star Trek I really like Andorians. However, my favourite race is from a system I seldom get to play and, even if the system is right, I am actively nerfing my power level by choosing them. However, I have never felt an instant and deep connection to any playable race like I did when I read the source book for White Wolf’s World of Darkness other breed, the Corax. The flavour, the mindset, the part where you steal secrets from the Garou both in character and in the mechanics of character creation, the fact that they have a “battle form” but it isn’t very good and they wouldn’t use it anyways because they hate looking ridiculous, I loved every bit about them. I even talked a GM into letting me play one in a campaign where it would actually work out since it was more about dealing with society than combat. They are fantastic.

QUESTION THE THIRD: Favourite Playable Class
If it’s a class based game there are certain archetypes I look for, but I distinctly remember the time I found my favourite DnD class which fulfilled all the archetypes and has been my go to even as editions changed. I am pleased to say I am a big fan of their incarnation in 5E. I speak of the Warlock. When I first read them I don’t think they were even cannon for 3rd edition. Some 3rd party homebrew and it was pretty broken. However, soon after I saw an official version of the rules that had maintained the flavour of the broken class and balanced its power levels out a bit. The fact that it was a spellcaster that was charisma based, riding around on a rogue chassis, and its spells didn’t need to be prepared and they could cast them all the time any time? It was everything I had been trying to make with various multiclass builds. And the flavour was so cool as you turned into bat swarms and spoke with the Devil’s tongue. 4th edition they felt lackluster because everything felt the same. But 5th edition they are back and my DMPC hasn’t even annoyed the party yet. Possibly because they’re scared of him.

QUESTION THE FOURTH: Favourite Gameworld
Easy. My slightly modified version of Eberron that I worked out for my grand campaign. I don’t know that Eberron itself is my favourite setting, but that game has such a pile of good memories and magic around it that I doubt anything will replace it for a long time.

QUESTION THE FITH: Favourite Set or Individual Dice
I have three sets of dice. One full DnD set, with all the standard kinds, was given to me by my sister and was my first set. They are crazy neon-green and red and, due to their colouration, were most famously used during our games of Gamma World. Another full set of black and green with gold numbers was given to me by my wife. But I also have a set of 4 d6’s which, when rolling characters, roll better than average most of the time. Don’t tell my friends.

QUESTION THE SIXTH: Favourite Deity
I would probably have to say that if I wanted to worship one, I’d likely pick Shaundakul from Forgotten Realms. I love the wind, I love to travel, and I love that he doesn’t get involved in the random bullshit most of the other FR gods get up to. Valkur would be my second choice if lived near the water and wanted to go boating. But my absolute favourite? Urdlen, the FR Gnomish god of Death, who takes the form of a massive, albino, blind mole.

QUESTION THE SVENTH? Favourite Edition
This would have been tricky a while ago, but I am still in love with 5th Edition and have been since its release. It is not perfect but it really has smoothed out the rough edges while still maintaining that feel of AD&D that I loved from way back in the day.

QUESTION THE EIGHTH I AM. EIGHTH I AM, I AM, I AM: Favourite Character I have played
A difficult question, because the number of DnD characters I have actually played is quite small, and seldom did any get even a second session. I would say there are a number of DMPCs that I have created that I would have loved to have played as actual characters. One of them is in my current game and actually isn’t the warlock I mentioned above (although he’s in it two) but is rather a bit character taken from the published adventure and given a spot on the party because the group liked him so much. He’s a lizardman ranger/sorcerer named Snapjaw, and he’s exciting to roleplay because he’s incredibly quick witted for one of his race and usually grasps what’s going on around him, but he doesn’t really care much for any non-lizardfolk who isn’t a member of the party and can’t speak common well enough to get by without feeling embarrassed. Usually he limits conversation unless it’s in Draconic where he speaks like he came from one of Shakespeare’s tragedies. But, he is not my favourite. That role is reserved for a character I have created not only in DnD, but in every system I’ve played. He is a lovable simpleton; a half-orc whose only talent is murder but who just wants to be friends with everyone he meets; a character whose lifelong quest is to find a pot of jam for his sack full of bread. His name is Oddric, and Oddric iz stelfy!

QUESTION THE NINTH: Favourite Character I Haven’t Played
This one would have to be my warlock. Though he is a DMPC and I have had the chance to RP and roll dice with him, I don’t feel like I’ve really gotten to take him for a proper ride. However, since no one else in my group runs DnD, it’ll have to do. But if I had the chance I’d reset him to level 1 and play the full game as him.

QUESTION THE TENTH: Craziest Thing I’ve Seen in a Game
I am not going to provide context for this. I will simply let you imagine it, and then let you try and conceive of what and how this came to be. The setting is a parking lot outside of a bigbox store that is part of a strip mall in a fairly urban city. It is night. There are no regular people around because they have been scared off by the events immediately prior to this. Hovering in the air over the parking lot are a series of 6 to 10 ft diameter disks, gold in colour, and standing on one of them is a man in a red suit, eyes glowing red, shouting in a language that sounds like the fires of hell. In the parking lot below is parked a black, windowless, cargo van which is full of surveilence equipment but it has no occopant. The van driver is a polar bear wearing a flak jacket, who is stuck in a hole in the ground, his head and shoulders exposed while his legs and everything else are submerged below the concrete. He is being assaulted by polar bear clones, who are decorated seemingly randomly with colours, designs, and clothing, but are all on fire, and are being telekinetically hurled at their poor controller’s face. Below the bear, in the hole, is a skinny version of Man-Thing, punching at the bear’s hindquarters with a massive, thorn-covered fist. Four grown men sit at computers around the country laughing like 12 year olds.

Music Of The Night 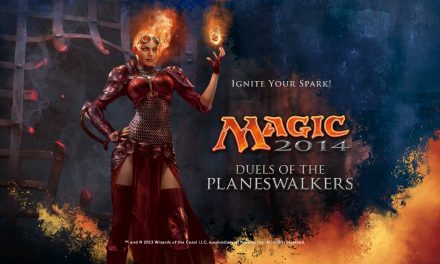