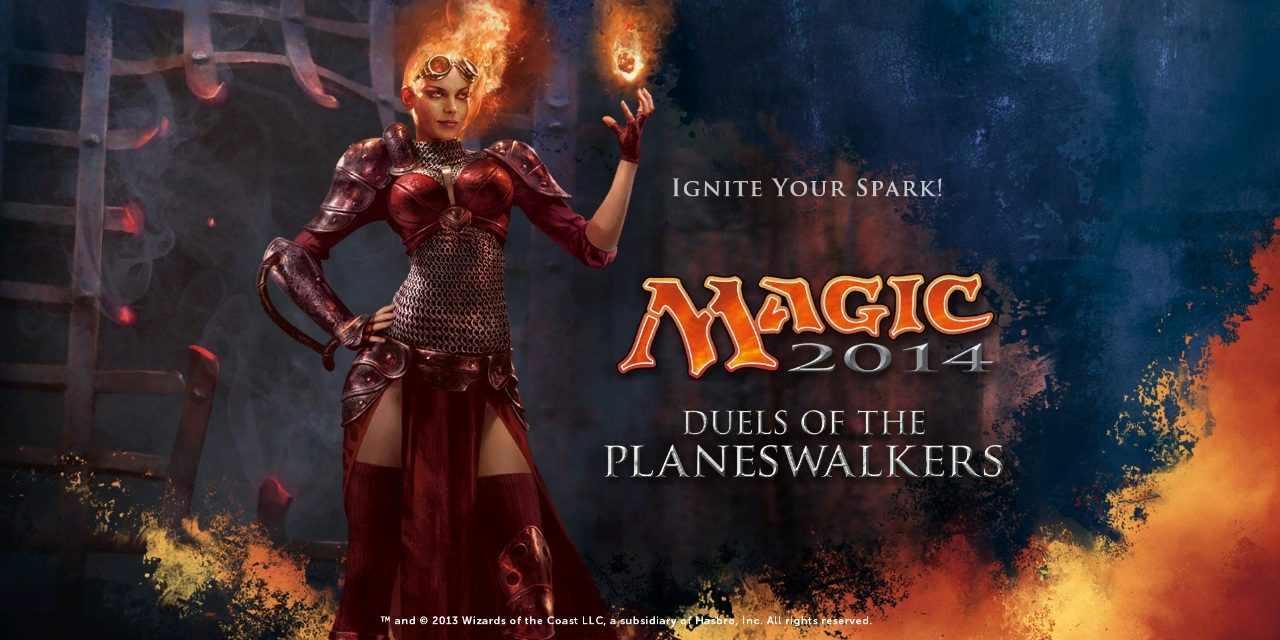 Just to avoid confusion this is a review of the videogame Magic 2014 and not the card set in general. First, some history:

I am very new to Magic. I have been intrigued by it ever since it came out in ’93. I remember reading about this amazing new thing called a CCG in whatever magazine I was following then and being blown away by the artwork and the possibilities of what it advertised. But I was 9 and there was a lot going on. I mostly forgot about the game for several years until at one point in my teens I discovered they’d made a version for the Playstation and I rented it for a week. The Microprose game was the freaking bomb! It was all the deckbuilding and strategy of Magic with this cool pseudo-rpg feel as you travelled from country to country battling other planeswalkers. Looking back on it I had no real idea what I was doing, in fact I know my deck was at least quad colour and mostly had random creatures I thought looked cool so it’s a wonder I did as well as I did.

A few years later I’m talking to one of my classmates about this Yu-gi-oh game the kids are playing and she mentions how she and her friends are more into Magic. Filled with fond memories of the Microprose game I ask if I could ever play with them and I buy a starter pack that very day. It was called Ivory Doom and was Black/White pack from the Onslaught expansion. It had this really cool mechanic of clerics of both colours buffing and interacting, summoning more of themselves, and then suddenly giant angels and giants stomped the opponent into a mushy red paste. I still have that deck which is remarkable given how many times I’ve moved since then and the fact that I’ve never actually played it.

Many more years later I’m over at this girl’s house unsure if this was a date-date or just a play-date because I barely knew her and while she was drop dead gorgeous and shared a staggering number of interests with myself – including videogames which was the excuse I came up with to hang out with her – and she’s somewhat sheepishly revealing all the nerdy things she does including a large collection of Magic cards. We totally made out that night and in 10 days we’re getting married and in the time I’ve known her she’s played Magic with me about half a dozen times even though we both got back into the hobby in a big way.

A few months ago a bunch of my friends who gave up on the hobby years before I met them also got back in and we’ve formed a miniature league of sorts. We’ve met and played once as a large group though I did playtest my deck a bit with one. I’ve been looking into loopholes for the strict card acquisition methods we’re allowed since day one but as yet haven’t completely cheated.

At this point I have built decks of every colour and played some of them. My record is atrocious. In fact I have won a total of 4 games. My closest thing to an accomplishment of note was taking a bunch of cards Jess had set aside to build a zombie deck out of and then forgot about and finishing the deck off myself. So far the deck is undefeated 3/0 but one of the victories was against me. I have come to the conclusion that I should never play anything that isn’t primarily Black because nothing else remotely seems to work for me. I have attempted to add other colours and am definitely a fan of both Blue and Red for their respective merits but that usually just leads to me swearing at uncooperative mana cards of the wrong colour.

All of this preamble was necessary because if I had simply said that I have never been so infuriatingly frustrated with a game in all my life you would assume it’s some fault of the game’s. Quite the opposite, actually. The game has its issues. I still haven’t figured out how to tap just the mana I want to instead of letting it randomly decide to tap the stuff I need for my next spell, for instance, when playing more than one colour. It has timers between phases only sometimes it seems like they are the phases because I know that last game I played it just ignored what I was trying to do and ended my turn. But by and large my issues with the game are much more personal. I’m struggling against even the early decks, some of which are maliciously focused like the Shadow Apostle deck, but I would have the same issues against a real opponent. My luck when it comes to card draws is becoming notorious as I’m constantly presented with whatever it is I don’t need at any given time. But most of all the two single player game modes allow you to either play with pre-made decks or attempt to draft your own from boosters. So my options are Green, Red, or a Blue/Green draft deck the game assures me is awesome. Meanwhile in both play modes I am trying to overcome opponents playing mono black.

So the end result of this review is that I hate Magic 2014 because goddamn it let me play mono-black! 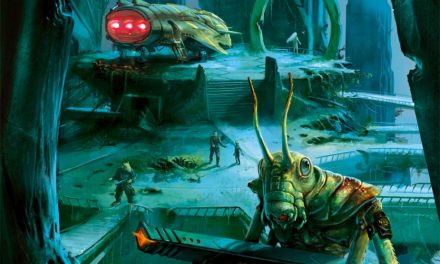